" The music that Marisa Gómez plays with her instrument sweetens the ears of everybody."

"The notes that Marisa Gómez played with her guitar are going to be the souvenir of this summer (...)

2003 has allready his soundtrack  and we could recover it when Toledo and this summer pass into the back of  our minds."

"The argentinian guitarrist that came from Toledo, Spain, knows how to touch and move her audience with a lot of charm and feeling and with a strong and beautiful sound..."

"Guitar sounds filled yesterday the Concerthall of the Waldorfschule with a charming music. Two virtuosos of the guitar:  Marisa Gómez and Ignacio Gea that have been playing tougether since 2004 played last night a delicate concert. (...)

It was a very happy night that for a moment turned the hall into a magical box."

"Ignacio Gea and Marisa Gómez reach the faculty of time, to stop it and give beauty.  (...) This couple of great guitarrists have achieved virtuosity in the edition of this group of pieces in their Cd. (...)

There are not many musicians that thanks to an extraordinary lecture and a very good interpretation can transmit intensity, warmth and sensibility; Gea and Gómez make it." 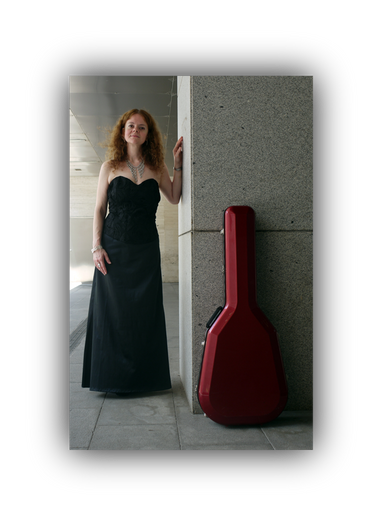